Posted on March 6, 2013 by Nathanael Vanderkolk

Google is one of the most important search engines for SEO professionals to pay attention to. This is because the majority of the searches online are done through Google. Whenever there is a change in the Google algorithm, it creates a major shift in how SEO content is written. Of course, Panda is one of the biggest changes to come about in quite a while. There have been a total of 24 updates so far with Google and each of these has affected different people. The latest update, number 24, affected only English queries, while others have been known to affect everyone throughout the world. 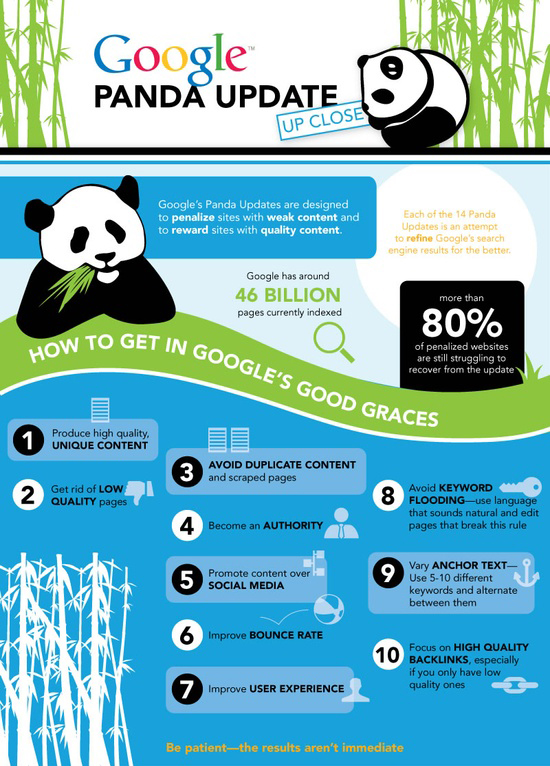 The main reason why these updates have affected different queries is the way that the update has been written. The algorithm changes indicate different code that makes a difference in the way the searches are completed. The majority of the changes affect the English searches, because this is what the majority of the queries are in regards to. The worldwide searches are just slightly less likely to capture the attention of Google and the changes that they are making.

How to Stay Up with the Updates

With the changes in Google Panda Updates rolling in every few weeks, it is important to stay up with the changes as easily as possible. This means hiring a company like Smart SEO to help with maintaining your SEO marketing program. The changes that need to be made often have to do with maintaining the kinds of links associated with your website as well as maintaining the content on the website itself. By utilising content that is specific to what Google is looking for, it is possible to maintain a higher ranking as well as bring in more traffic to the website.

Nathanael Vanderkolk is the Director of the Smart SEO Company, a SEO Agency in Sydney, Australia. Smart SEO Sydney has a keen awareness of the latest approaches to online marketing. Follow him on Google+, Facebook and Twitter.
View all posts by Nathanael Vanderkolk →
This entry was posted in Advanced SEO and tagged Google, google panda, Google Panda Updates, SEO Tips. Bookmark the permalink.