Home > Blog > SEO Tips > Do Your Blog Posts Measure Up?

Do Your Blog Posts Measure Up?

Posted on March 26, 2014 by Nathanael Vanderkolk

One issue that emerged from the recent Google crackdown on guest posting is the matter of content length. In most peoples’ minds, brevity equates with low quality. After all, no one would spend a whole day crafting a 2000 word blog post if it were mere spam.

But is there a link between length and perceived quality? The answer seems to be ‘yes’.

A recent survey by Neil Patel at http://www.quicksprout.com revealed that in a test, the longer he post, the better it converted. More interestingly, he also found that the post garnered higher quality leads. He concluded that longer copy doesn’t just boost conversions but also boosted rankings.

He went on to point out some interesting facts about content length.

Patel speculated that one reason for the better performance of longer pages was that search engine queries were getting longer with five, six or seven word queries becoming common. Obviously, longer pages are more likely to contain text considered relevant to these long queries and thus they’re more likely to be returned in the SERPs. 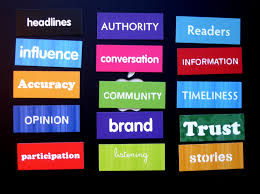 So how can Australian SEOs use this information?

Writing longer content clearly offers some major SEO advantages both in terms of traffic and rankings. However it would be unwise to immediately decide that all future posts need to be at least 2000 words.

For one thing, not all topics require such extensive treatment. Often a series of short posts works better than one biggie. However it’s a good idea to try and identify opportunities to deal with certain topics at length.

Every site could develop from what’s known as pillar pages, for example. These are extensive pieces about the major themes the sites covers. They can stand on their own as authoritative content that adds weight to any website.

Ultimately, the main determiner of the length of any piece of writing is the nature of the content itself. Another factor is site architecture. You may determine it’s more effective to chunk down a topic to create a number of small pages rather that one big page with a lot of subheads.

In some situations, shorter content just works better. Obviously someone looking for a quick fix doesn’t want to wade through a long page of information. One thing’s for sure, padding and fluff is never a good policy

At the end of the day, quality is the key. Two thousand words of dross is worth less than 350 words of useful relevant text.

Nathanael Vanderkolk is the Director of the Smart SEO Company, a SEO Agency in Sydney, Australia. Smart SEO Sydney has a keen awareness of the latest approaches to online marketing. Follow him on Google+, Facebook and Twitter.
View all posts by Nathanael Vanderkolk →
This entry was posted in SEO Tips. Bookmark the permalink.