Posted on December 4, 2013 by Nathanael Vanderkolk

As an Australian SEO, did you feel a disturbance in the force at the beginning of October? Perhaps some dancing around of rankings or worse, a sharp drop? If so, you were probably hit by the Penguin 2.1 update that Google rolled out on 4 October.

This update was a continuation of Google’s fight against link spam, and was meant to catch links created since the Penguin 2.0 rollout last May. The unnatural links being targeted were all the usual suspects – forum comments and profiles, do follow blogs, certain kinds of directories, and surprisingly for some, guest posting.

Guest posting has long been considered the new white hat approach to building backlinks. But it all depends how you’re doing it. Unfortunately, it’s as susceptible to manipulation and Matt Cutts has made it clear it’s something they’re very much aware of.

One relatively new contender was that of classified ads web sites. It seems that spammers have been actively seeking new areas to get links from, and Google has just as actively closing those loopholes. 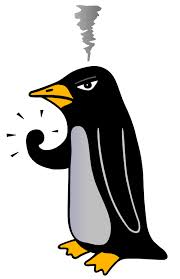 So what do you do if you were badly hit by Penguin 2.1? Perhaps you were planning to add some fine content to try to gain some Google love. That probably won’t work.

As avid Google watcher Glenn Gabe of G-Squared Interactive stresses, Penguin is focused on punishing unnatural links. If your site is saddled with unnatural links, all the content and social media activity in the world won’t help you recover.

What you need is a relentless and systematic program to remove those spammy links, and that starts with identifying them. Your first step, then, is to carry out a deep and thorough analysis of your link profile. Then remove or disavow the offenders in your Webmaster Tools.

Pay special attention to the anchor text. Remember that a major spam signal for Google is whole bunch of links anchored by the same keywords. Keep these kinds of links to no more than a third of the total.

Many Australian webmasters and SEOs are wary of linkbuilding nowadays and rightly so. The best way is just to create sites that others want to link to. Of course, that takes time and you need a certain level of visibility to be found and to be considered linkworthy. Guest posting is still a solid option. Just be sure your posts are of very high quality and that your anchor text it natural.

Bear in mind that Google updates are part of an ongoing process and make sure no more spammy links are added to your site. Be relentless in weeding out any you have and hopefully when the next update rolls around as it surely will, you’ll hardly feel a ripple in the force.

Nathanael Vanderkolk is the Director of the Smart SEO Company, a SEO Agency in Sydney, Australia. Smart SEO Sydney has a keen awareness of the latest approaches to online marketing. Follow him on Google+, Facebook and Twitter.
View all posts by Nathanael Vanderkolk →
This entry was posted in Google Updates and tagged Anti-Spam, Google SEO, Google updates. Bookmark the permalink.