Matt Cutts on Topical Authority (and a Possible Impending Update)

Posted on April 9, 2014 by Nathanael Vanderkolk

One thing that Google has made clear on many occasions is that it values authority. It also values popularity as gauged from such data as visitor numbers, social metrics and time spent on site.

The thing is, though, that authority sites are not necessarily popular sites and vice versa. For example, celebrity gossip sites tend to draw insane volumes of traffic, while academic sites carry significant authority while only being visited by a few academics in search of the latest research.

So when returning search results for a query, how does Google choose between a site with a great reputation and one that gets a lot of visitors? 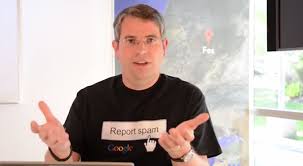 Cutts revealed that this had been an issue for Google since their early days. He spoke of his frustration when people spoke of page rank being a measure of popularity as this was not the case.

He said that PR was actually a measure of reputation and thus determined by the number of back links a site received and the relevance of the anchor text in those links.

Cutts hinted at a new concept called topical page rank based on topic authority rather than site authority. This could help decide if a particular page was a good match for a particular query by choosing those pages best related to the topic searched for.

Cutts also hinted at some upcoming algorithm changes concerning how Google assesses page rank. The change seeks to make it easier to determine which topics any page can be considered to be an authority on. This could lead move away from preferential ranking for sites purely for being well known towards sites or pages that are genuinely authoritative on the topic in question.

The Importance of Anchor Text

Another important revelation from Cutts on the subject of establishing topicality was that the anchor text plays a major role in determining relevance. Again we see how important anchor text is. It’s something SEOs need to pay attention to and not just for the reason of avoiding penalties.

So what’s the major takeaway from this latest video?

Other than keeping your eyes open for an upcoming update, you should continue to
strive to build both popularity and topic authority through regularly publishing helpful content.

When it comes to link building, you should only link from sites and pages on a related topic. You also have to pay a lot of attention to the anchor text. Be sure to avoid any suggestion of spam while stressing the topical connection between the two sites and pages.