Posted on March 31, 2014 by Nathanael Vanderkolk

As a Sydney SEO, you must have often been puzzled as to the reason for drops in clients’ website rankings. Fear not, help is at hand from Head of the Google Webspam Team Matt Cutts who offered some clues in a recent video.

So you’ve been working to build up a client’s rankings and it’s sitting on page one at last. You pat yourself on the back. Then you check one day only to find it’s dropped out of the top ten.

Was it because some crafty competitors updated their content, or was it the random blip of a regular algorithm update? Or worse, did it result from a manual penalty?

Google penalties have been known to reduce grown men to quaking schoolboys, so before you panic and launch an all-out remedial assault on the site in question, take a look at what Matt Cutts said on the matter recently.

Determining whether or not a fall in rankings was the result of an algorithm change was tricky according to Cutts. He mentioned that Google had “a large amount of algorithms that all interact, and whether you call something a penalty, or ranking change…any of those things can be really hard to draw a fine distinction between those different points.”

Another problem is that Google’s algorithmic updates are regular and on-going. Cutts mentioned they rolled out 665 such changes in 2012. Most are unnoticed while the major ones are announced beforehand and are then hotly analysed in the forums. 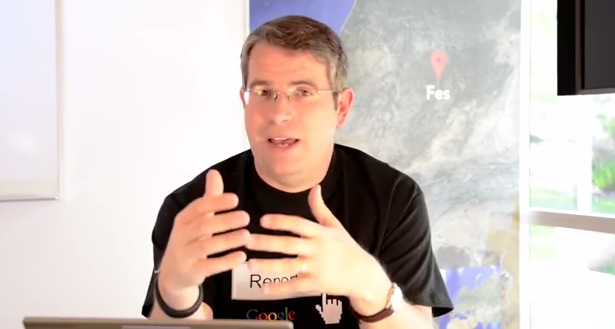 Cutts outlined a simple technique that allowed you to quickly identify any possible Google actions as being responsible for your drop in rankings.

Head to Google Analytics and check for sudden drops in traffic. Make a note of any dates, and then head to the Google updates section to check if anything happened on those particular days. Any correlation was a sign that your rank drop was the result of an algorithm change.

Another thing to consider is how fast the drop in rankings occurs. Major updates tend to result in rapid falls, while the effect of ongoing updates tends to be more gradual.

Cutts also talked about other types of Google actions included manual actions and crawling errors. You can check for these in your Google Webmaster Tools.

Manual actions often result from practises such as keyword stuffing or cloaking. Crawling errors can show up as 404s. Common causes of this were including the noindex tag in your robots.txt.

None of the above is revelatory to any reasonably experienced SEO but it’s nice to hear it from the horse’s mouth and have some clear guidelines to work with.