Posted on December 6, 2013 by Nathanael Vanderkolk

How well do you understand social media? As an Australian SEO, you know it’s become an important factor in getting solid website rankings. To get you thinking about how you can build your social intelligence put it to good use, here’s a roundup of interesting fact about social media. Many of them might surprise you. 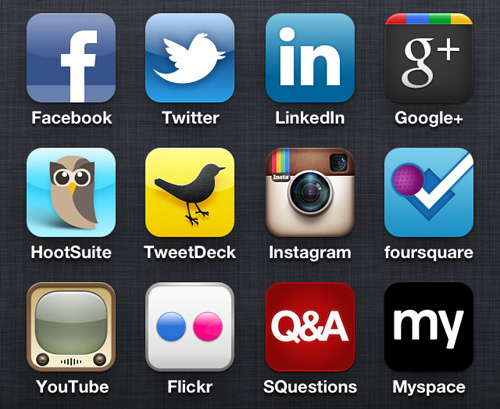 If you’re like most people, you probably think social media is a young people’s game. Well, consider this, the fastest growing age group among Twitter users is people aged between 55 and 64. In case you think that’s a quirk, just look at some other stats. For both Facebook and Google+, the fastest growth is being registered by those in the 45-54 age bracket.

If you’re using social media to target teenagers or not using it at all on client’s websites targetting middle aged and older people, it’s time for a rethink. You probably thought that ‘tweet this’ buttons were superfluous on sites about adult diapers, but you’d be wise to reconsider.

As older people latch onto social media’s sense of community and start relishing the ability to quickly pass tips onto their friends, the importance of these services in the generation of website traffic will surge. Just make sure you’re ready.

Another key statistic to consider is that millions of users access Facebook through mobile devices. If you’ve traveled on a bus or train and seen most of the younger passengers glued to their smartphone screens, you probably knew that. But there’s more.

According to recent statistics, mobile use accounts for around 30% of Facebook’s income. As you can see this is a buying demographic so make sure you’re optimising your client’s websites for tablets and phones.

A year ago, the gurus were proclaiming that search would soon be dead and the social sphere would rule the internet. That’s been slow in happening but consider this; your average web user spends three times as long on Facebook as he does on Google. According to a Nielsen report released in September 2012, the average user was spent 6 hours and 40 minutes on Facebook. Significantly, that’s four times the average time spent on YouTube.

You may not think of blogs as strictly social media, but as they encourage engagement through commenting, that’s just what they are. Studies have shown that sites with blogs garner far more visitors than those without.

We’ve just scratched the surface of the multitudinous ways we can tap into the power of social media to boost our clients’ rankings. Just be sure to keep working on your social intelligence because it’s going to get even more important.