Posted on October 31, 2013 by Nathanael Vanderkolk

If you needed any more proof that seismic shifts were happening in the world of SEO, just consider that hardly anyone talks about page rank anymore. Not so long back it was the key metric that everyone fretted about and there was always tremendous excitement in the forums after one of Google’s regular updates.

But in the world of Australian SEO, interest in page rank (PR) seems to have evaporated. Perhaps the burden of dealing with the spate of Google updates has left people with no time to reflect on PR. It’s almost become a quaint memory. How did that happen?

Page rank is a concept that emerged with Google’s original model for web search which was based on the academic writing model. Academic journals were valued by the number of other papers that referenced them. Google applied this idea to the web. The more sites that linked to you, the higher your quality score.

Page rank became that quality score. It took the form of a number from 0-9. Google was a 9 along with a few other venerable sites such as Amazon. When you launched a new site it was initially unranked and then gradually acquired increasing PR as you built links to it.

Google described this system as ‘democratic’ as it was up to individual firms to decide whether to link to your site or not. It seems they hadn’t counted on crafty individuals gaming the system through ‘linkbuilding’. By mass submissions to business directories, blog farms, and article directories, they could build up massive backlink profiles which pumped up their PR and thus their status in the search results

Google went to great lengths to stress that while page rank is important, it was but one of many factors that determine how pages are ranked. Now it seems, it’s not even in the reckoning.

In the past, page rank was updated every few months following some energetic work by the Google spiders. However, the last update was February and Matt Cutts has confirmed there’s to be no more updates this year at least. Anyway, it seems the mechanism they use to broadcast PR broke and there a no plan to fix it. 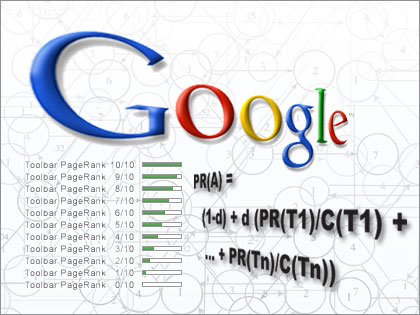 All this suggests that PR is being retired and maybe that’s not a bad thing. It was so closely associated with the whole business of linkbuilding that it was bound to be affected once that particular practice was hit.

So what should Sydney SEOs take away from all this? Google once pronounced that far too many SEOs were fixated on Page rank. Now that it’s almost gone, we should focus on creating optimised sites that provide value for visitors. Google’s new worldview is based on the concept of authority rank. It doesn’t have number yet (at least not assigned by Google), but it’s a concept we should all embrace.

Nathanael Vanderkolk is the Director of the Smart SEO Company, a SEO Agency in Sydney, Australia. Smart SEO Sydney has a keen awareness of the latest approaches to online marketing. Follow him on Google+, Facebook and Twitter.
View all posts by Nathanael Vanderkolk →
This entry was posted in Advanced SEO and tagged Advanced SEO, Google Page Rank, SEO Tips. Bookmark the permalink.